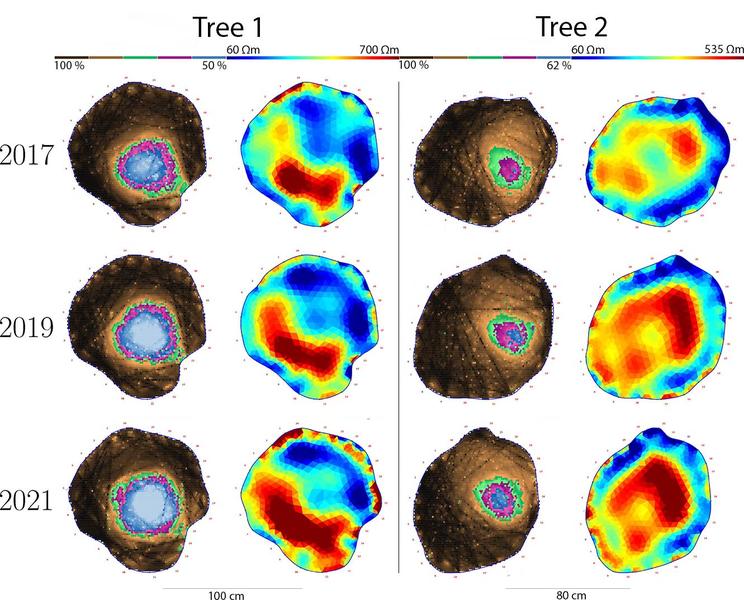 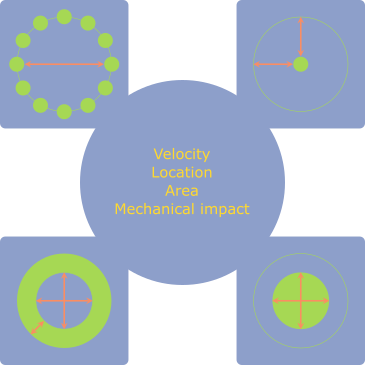 Tomography is widely used in tree risk assessment and forest ecology. Tomograms should be accurate, repeatable and comparable between consecutive measurements. This is the first longitudinal study addressing reproducibility over a period of several years and the key factors influencing it, from raw data to final tomograms.

Trees were either repeatedly measured by the same researcher over periods of hours to months, by different researchers using either the same or a new installation of the same equipment, or with different tomographs.

Overall, differences between tomograms were small and without impact on the assessment of the safety of the tree. Between initial and follow-up measurements after 2 to 5 years, the coefficients of correlation of stress wave velocity ranged from 0.75 to 0.96, those of loss in section modulus estimated from tomograms ranged from 0.82 to 0.93. The coefficient of correlation of repeated sapwood area estimates with electrical resistivity tomography was 0.97. The major cause of deviations was variation in the sensor positions between repeated tomographies, and, for electrical resistivity tomography, variation of temperature.

Provided that sensor positions are accurately recorded and documented, tomograms can reliably be repeated by different assessors over periods of years. Assessments based on complex calculations like loss of section modulus should be treated with caution, because they accumulate and amplify all sources of variation.

About Steffen Rust
Steffen Rust is Professor of Arboriculture at the University of Applied Science and Art in Göttingen, Germany. His main fields of research are non-destructive methods for tree risk assessment and tree water relations.
He is one of the developers of stress wave tomography for trees.
Recent studies concentrate on ground penetrating radar, electrical resistivity tomography for stems and root systems, as well as static pulling tests, analysis of tree vibration, and the application of artificial intelligence in tree risk assessment.